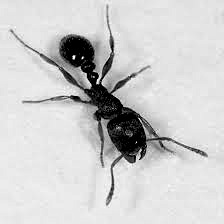 HAVE YOU SEEN THIS ANT?

Answers to the name “Binky”. Will come when called. Do not feed E numbers.

Please, please – if you have seen Binky, get in touch. Small token rewarded for safe return. Must have original legs.—More Untruths

—Posted by justin in Untruths
22 Responses 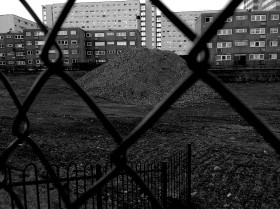 Confessional, from the side of the mouth

I live in a house with a cat and some ants. Everyone is sated.

I went to my local church and was refused service. I waved my baggy genitals at the man in the frock. The birds whistled a song of acceptance. God peed himself. Everyone went home.

The record shop is overflowing with films. We need more gun shops that sell heroin. We need more live butchery. We need rock and roll salvation.

Spring is arriving and the days creep into evenings. Buses without headlights, women without tights. See the sun arc higher and higher into the northwest. The comedians are coming to town. Pale footballers redden, the lollipop men blush in glinting afternoons. I know where they hide their glossy magazines.

If I really thought about my life I’d redeem myself. I’d take matters in hand. But I wear blinkers, muffs and a face-mask. I watch the world weaken through yellow eyes.…—More Untruths

—Posted by justin in Untruths
14 Responses

Ten Twitter posts I recommend to the attention-starved modern celebrity guaranteed to generate some heat.

1. “Michael Jackson fucked me in the mouth when I was thirteen and I enjoyed it.”

2. “Our soldiers are cowards – even the dead ones.”

3. “Killing or maiming children with brown skin is justifiable if it secures energy supplies to liberal democracies.”

4. “All Olympic Games competitors should be shot in the head before each event.”

5. “I wish the Real IRA would blow up Margaret Thatcher’s offspring.”

7. “Religion operates like dysentery. It renders its host incapacitated and is communicated via their consequent torrent of faeces.”

9. “I get an erection every time I see a crucifix.”

10. “I just had a brilliant kiwi and apple smoothie. And now I’m going to torture a prostitute.”

* Russell Brand may already have said this, I’m not sure.—More Untruths

—Posted by justin in Untruths
12 Responses 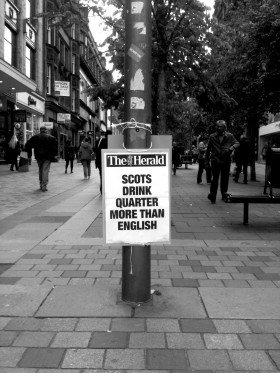 A blister is a balloon to a bee, a place to frolic and reflect.

All adverts are designed to mind-fuck children.

The universe is bigger than Jesus but you’re better than that.

Belt up, we’re going for a ride. Second thoughts, get out – we don’t need you.

No matter how high they build the walls, how strong the fences, I’ll stay where I am reading the paper.

Mercy is a virtue found only in the bastards whose power makes it a possibility.

A mouse is to a cat what whiskey is to a folk singer.

If you do that three more times I’m going to kill you.

I’d be a world leader if they let me. I’d live on a plane and attempt to have barbecues banned. I’d fire a rocket at Bono. I’d dig a trench around Luton.

I can forgive anything but wanton acts of Christianity.

A cartwheel is the closest you ever get to snowfall.

Feelings are the things you talk about when you have nothing left to say.

A diamond in the rough is vastly inferior to a single shoe sitting in the snow.

If human beings could mind-read they’d never let an animal into their house.

It is in the imagining of such atrocities that we might avoid them.

Don’t hate Phil Collins because his voice sounds like the air being let out of a whale carcass. Hate him because he’s a tax-exile, Tory cunt.

It is time to go to somewhere else where it will be time to go.

By all means seek perfection but don’t ask me to admire it.

Next summer is always better than this one.

I’d rather hear the din of a tap-dancer in an empty skip than a poorly played saxophone.

They say the drums must never stop. True. But should the bagpipes ever start? I like…—More Untruths

These two competing strands within Currie’s output have led many to compare him to Haribo’s Super Sour Monsters – garishly packaged sugar coated jelly that remains, nonetheless, bitter and very hard to swallow. However, he maintains a (dwindling) devoted following despite having written nary a hit since 1998, partly due to his music’s enduring appeal to losers, misfits and obsessively bitter divorcées.

Currie lives in Scotland with his cat, Abdul, remains unmarried and quite possibly infertile.

I think Paula Rego sings from a soul as yet undiscovered.

I have not read The Bible.

I know Salvador Dali is shit.

The more somebody is hated the more I hate their enemies.

I am happy to cry at Field of Dreams, The Dead, Aubade, Ride With The Devil and Lassie Come Home but I resent the manipulation of Cormac McCarthy –

fascism lies within the attempt to control human emotions.

I shrink from confrontation.

Belief in God is a sure sign of a profound lack of imagination.

Tom Waits is a charlatan. Nick Cave’s relevance is still an open debate.

I have a place on my back, when somebody kisses it: I breathe fire.

The Fall constantly call me through the fog.

I am yet to read Ulysses.

It is impossible to second guess Bob Dylan.

I am pretty sure, although I hate it, if I re-read Darkmans I will…—More Untruths

—Posted by justin in Untruths
2 Responses

Just because they say it’s going to be the end of the world soon is no need to cancel your subscriptions to the very organs that tell you this.

A television licence is necessary if you wish to continue to be offended.

Someday we’ll learn to abandon bigotry and racism and replace them with the understanding that everybody is an asshole and the world would be better off without them.

If you wish to continue to feel pointlessly guilty you may as well do something really bad.

Football fans give offence with impunity but take umbrage like spoilt little girls. They are boy-princes in their protective palaces of bullshit machismo. Laura Marling could take them all in a fight.

Tom Waits is a charlatan but a very good mover.

Late at night is never early in the morning. Tomorrow only occurs when you decide today is done.

The things that genuinely frighten you are the things you are completely unaware of.

Don’t think you’re clever if you half understand something complicated but if you can understand how complicated it is then you’re not as simple as you thought.

Dreams mean zip. Dreams are random letters thrown together to make meaningless words in a great novel of gobbledegook. When you come across some old friend wrapped in cling-film in a cinema it’s just, “jcbjhb hfgbh sab kjdah.”

Punk rock was invented by the government to prevent anything real from changing.

You can create the actual conditions of Coldplay writing “Yellow” by sticking a Dyson up a hand-dryer.

You can terrify yourself if you stare into a mirror long enough.

Jimi Hendrix was a better singer than Rod Stewart. He may not, however, have…—More Untruths

I eat too much. I get on top of people. I take and take. I feed the animals. I frown at priests. I walk all over the grass, away from the paths. I despise. I resent. I field questions and force doors. I rape as I write. I crucify. I crucify kids. I prefer The Rolling Stones. I wallow and I waste years. I dream bad scenes and perform ungodly acts. I cry, cry like a horn. I upset tables and tear up wires. I drone. I drone on. I drink to excess. I bore the walls rigid. I fly jets into pets. I take up golf. I play with fire and fire-hoses.

I bury everything in earth, hate in spades, I cruise grim streets, I fake concern, I re-make the world with a hammer. I am polite. I worry. I make mistakes and I pay and I fade away. I…—More Untruths

An enormous hanger-like place tucked down a grim Dickensian back lane in the most sullen and sallow quarter of the east end, The Persian’s Forehead features low-lifes of every persuasion; stabbers, dealers, pimps and perverts – dipsomaniacs all – begging for another taste of the landlord’s special: Black Thunder, a mixture of Guinness and red wine. I wouldn’t recommend going here without a weapon of some sort – perhaps a saw or a table leg.

Dorothy’s lies in a low-ceilinged basement on Sauchiehall Street (pronounced Sickle Street) at the bottom of a flight of steps so steep and uneven that many customers and staff-members either permanently limp or use crutches. Dot is famed for her repartee, her elliptical Polish riddles a particular delight.

I once played here on Valentine’s day and was assaulted in the toilets by a one-eyed ballerina called Mary. She…—More Untruths

A Beginners’ Guide to Songwriting

As there are so many frequently asked questions I receive through this site I thought it might be useful to set out a few standard answers in the blog section to save everybody time. I shall deal firstly with the issue of songwriting, a subject about which I know virtually nothing but am constantly quizzed upon by those presumably even more talentless than I. Of course, remarkable ignorance of a topic has  never prevented me from expounding upon it at length before and I see no reason why it should stop me now.

The first step in the manufacture of a successful song is the manipulation of the composer’s mood. Critically, he (or she but for the sake of convenience I shall stick to the masculine singular) must be hungry. Very hungry. Try missing breakfast. Then lunch and dinner (and if applicable) supper. Keep this up for…—More Untruths

A bunch of spring onions

First find the bluntest knife you can find. You can recognize this by the ghastly bleating sound it makes when you slap it off the edge of a wooden table or, if you wish, the kerb.

Take the three large Spanish onions and slice about half a centimetre thick (about the width of a fake pound coin). Throw them in the bin. Open a cold can of beer. Drink.

Then peel and roughly chop the six medium French onions and carefully tip them into the bin. Open a can of cold beer. Drink.

Now chop the shallots as finely as you can manage with your blunt knife. Probably best just to mash them to a lumpy paste with the flat of the blade and then add them to the other onions in the bin taking care not…—More Untruths