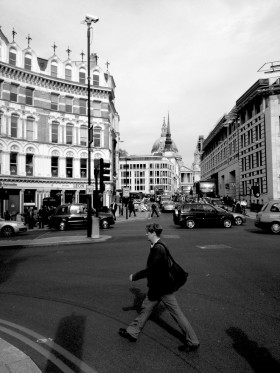 We plough into the seedy thicket of north London. I scramble from the hotel after installing my family of chargers in my white box. I take a pleasant line downhill from Angel through Finsbury, Clarkenwell, Smithfield and the City to the river. My walk traces a line of affluence from the self-conscious cafés and vintage home decor boutiques at the top of the hill to the terrifying marble fortresses of the City at sea-level. I don’t know this part of the capital so I take pleasure exploring the grand residential squares and sampling the weird vibe around the fringes of the financial district at 5pm. City boys in bespoke deep navy suits with tieless sky-blue shirts loiter outside corner pubs in cabals of threes and fours. They’re mostly in their early thirties and beautifully coiffed and manicured. The women are whippet thin and dress in black and meander alone through…—More Tales 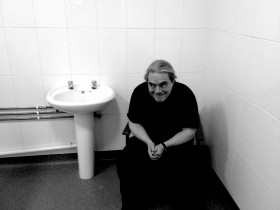 The Brighton beach backwash rakes the pebbles down into the seabed with that sound like rattling teeth. French air caresses the coast with the faint scent of baguette or bag-lady. A long gloomy front hangs along the coast down to the west where Land’s End points its bony toe at South America. We guide the Merc north through beautiful oak studded estates, headed for the Black Country, its wide accents, ex-factories and gap-toothed high streets. I was a Midlands boy in the seventies. I had a Leicestershire accent, played for the school team, said “lickoll bockoll” for “little bottle”, drank Dandelion and Burdock. I was a hayseed, temporarily English. I loved Leicestershire. I loved our village. Cows sometimes wandered onto the school football pitch, badgers rooted around the garden at night. We had two apple trees, cherry and almond trees, a lean-to, an enormous ash…—More Tales 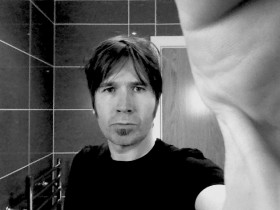 I’m in a Radisson Blu which is a good thing. Twelfth floor with spiffy decor and big windows. I have a tiny silver kettle with the word “distinction” written on it. I have two kinds of tissues and a desk and chair set painted gold. I am a modern man in my modern box and nobody can take it away from me. Not for 48 hours. We rush out to catch the high drama of English football’s final instalment. An enormous wall of a man sitting in front of me seems tense. After City win he reveals that he’d placed £1,500 on their victory. The bookies call this buying money – laying large sums on very short odds. A fucking idiot’s game. He screws up his copy of the Sunday Sun in anxiety during the match when City go 2-1 down. I could tell straight away he wasn’t watching the…—More Tales

—Posted by justin in Tales
21 Responses 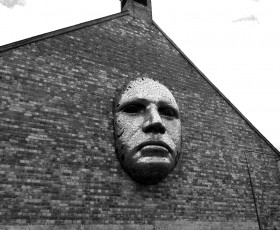 I awake to a bright morning and shovel my various accoutrements into my black nylon trolley. Everywhere there are people in transit dragging these recalcitrant cases out for a walk. You see them in suburban streets and parks and town centres as if hanging onto weary toddlers, the little plastic wheels making that gargling noise over the concrete. Strange that the ancient invention of the wheel came so late to luggage. Even in the early nineties I was still hefting an enormous sack around on my shoulders from airport to tour-bus. On long US tours I used to carry two big holdalls, one purely for underwear. Why ruin a precious day off sitting in a laundromat when you can take three months’ worth of socks on the road? Since the World Trade Centre fell you’d be lucky to get a few weeks of keks on a plane without handing over…—More Tales 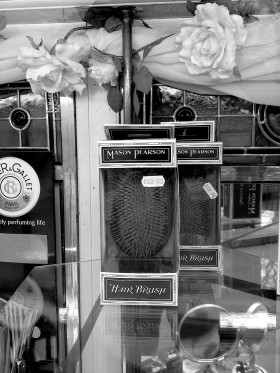 In the morning I race over Buxton’s pretty park set on a hill to hunt down the bookshop Derek has told me about. There is a swirl of slanting rain so I buy a wooly hat from an outdoor suppliers on the way. The bookshop is well-stocked over three storeys and has a few quirks. There’s a make-your-own tea and coffee set-up on the fiction floor alongside a large soft-toy tiger who lounges on a chaise long in the bay window. Unfortunately there is also a nausea inducing “snogging corner – adults only” sign hanging above a nook, but everybody makes mistakes. I am pushed for time and buy a George Eliot novel I’m fairly sure I’ll never open. I liked the first page so it’s mine for six quid. The owner, who is sorting through some old scores (and settling them) asks me if I can spell Tchaikovsky. I…—More Tales 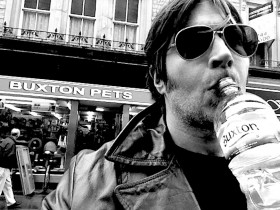 Derek Meins, the majestic opener, meets us at our hotel. His guest house turned out to be an empty family house for which he was handed the keys. In the morning he…—More Tales 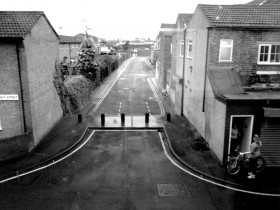 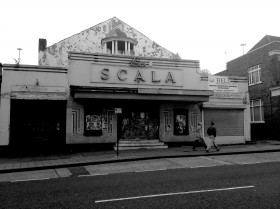 The Road to Runcorn

The British spring is a mad mood swing of a thing. Warm, hot, cold, warm, cold, colder. The light lacks confidence and slants experimentally through the atmosphere like a cat dipping a cautious paw in a dubious pond. We bottom feeders are on our way to Runcorn on the Mersey in a Mercedes Benz that has no name. I would christen it if it weren’t so characterless and the christening of vehicles a sickness of the mind.

Pylons pass huffing on a hill with their angry arms, like the skeletal remains of Modern Toss’s Alan. The western Scots must pass through several little cauldrons of mountains before the descent into flat Lancashire. Squat pines line the verges as the M-way dips and arcs through gentle glens with great elegance. The lanes are wide and empty. It’s an easy introduction to the road before the rage and rattle of packed tight England.…—More Tales

—Posted by justin in Tales
28 Responses