I am again suspended in the air on a fourteenth floor looking out over Bristol, the Avon green and glittering in a great arc around the city below me. People are thronging in the square catching the fag-end of the summer warmth. I venture abroad and order a burger at a dockside bar and crane my neck out over the water to catch precious rays on my face. Light ringing, light singing, spilling everywhere in splendour.
The end of the road has been reached, last stop Glasgow tomorrow. The phone has been quiet these last few days, phase one completed. Then there is another video to make and hopefully a little more plugging and pushing to do on single number two. And onto the reunion and my reacquaintance with the bass guitar. There’s only four strings so why worry? That’s a whole…—More Tales Everyone’s face is crippled with displeasure. The slanting rain and the callous wind are harrowing even hardened Mancunians. I pass a ditched polystyrene carry-out container, brimming with rainwater, a tomato quarter and some scraps of livid meat. Even the rats have taken cover. They’ve probably “…all got rickets” and “spit through broken teeth”.
The cinema is showing wall-to-wall shit, the museums are closed and walking is a thankless pursuit. I take a late breakfast in a proper caff full of bubbly regulars and shuffling OAPs. I watch a staff member chalk up a black A- board. He writes “Were close” which I think might be a comment on some football score until he thinks to add a “d”, squashed on the end like an unwelcome worm.
I wander about, hands in pockets. I am as aimless as a snowflake. This particular part…—More Tales

—Posted by justin in Tales
15 Responses And we’re off to Harrogate with two hangovers in the van. Long Island Iced Teas are to blame. Once the Del Amitri day-off drink of choice in the US, now to be avoided at all costs. Five kinds of white spirits in one glass. I used to serve them in my nightclub barman days. If they came back for a second they were not seen again. Not in this world.
It’s sunny but with a sky busy with tortured clouds reaching down from every altitude. I have spent the morning listening to AM by Arctic Monkeys. Hm.
Harrogate is hoaching with slowcoaches. Swarms of daytrippers trudge about looking disconsolate. I have noodles in a place packed with families. I grimace at their moaning kids with no sympathy, no patience and no clue. Poor bastards. I can’t say I’m a fan of these…—More Tales The fair city of Edinburgh is warm in the morning and I amble across town to the BBC in my shirtsleeves*, stopping fitfully at second-hand shops full of crap and ducking into what appears to be a women-only café. My coffee is so repulsive I immediately leave. It tastes like tar and acid and wormwood. The cakes looked good, I’ll admit. There’s a place next door that looks more promising. They have bacon rolls.
I don’t know Edinburgh, I’m a tourist here. I know ten other farther flung cities better. It’s a lovely town, utterly unique. It leaves Glasgow trailing in its wake for cosmopolitanism, institutional infrastructure and architecture. It feels international, engaged and on the go. It has deep roots in the Enlightenment, the historical Scottish establishment, finance, football casuals and mass heroin addiction. You can see how Scotland’s five cities…—More Tales Come morning I’m back out on the balcony again, sunning myself like a retired military man. I put on Curtis Mayfield then listen again to young Lloyd’s album, Standards. Myrtle and Rose is very touching. Then I listen to a bit of Neu’s second album and I am struck by the obvious lifts Martin Hannett and Joy Division took for Unknown Pleasures. The heavy plate reverb on the gated snare, the unsettling sound effects. It’s funny to think that Joy Division were essentially a seventies band. But they sounded like the future and the future sounded like hell. So here we are.
We motor north to London burning diesel, the great belt with its white stitches tugging us forward. An eiderdown of cloud blankets us as the sun slants between the sheets bringing the road alive with a trembling light.
I have…—More Tales

—Posted by justin in Tales
12 Responses

Bend To My Will live at Kyoti Studios

—Posted by justin in Motion-sickness
4 Responses We haul out of Cambridge through desultory drips of rain. I have taken in a croissant and good coffee in a local Italian caff seemingly run by super-efficient Latvians. Or Lithuanians, one can’t be sure. Whatever, they looked like handsome villains from a James Bond film. I was interrogated as to the quality of the fare and felt somehow that I didn’t pass muster. After I’d commented on the sound quality of the coffee, my waiter looked horribly insulted. “But the croissant was lovely and fresh also, no?”
“Oh, yes, very fresh, very good too”.
I had a feeling had I said no that the supplier would have had his little finger chopped off. You don’t get that in Starfucks. They probably chop entire countries off.
The rain starts lashing at the windscreen as we get out of town, spray spinning up around…—More Tales 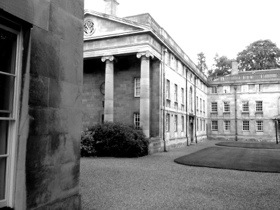 The broken white lines stream towards me like tracer fire, England in early autumn slides past the van’s windows all around me. Sunny spells. My stomach twinges with hunger. I wonder what culinary delights await in my Cambridge dressing room. Last night’s show, wrecked by nerves, has me on edge. I need something but know not what. A long violent massage from a fat Turk? Caravans, vans, trucks and trailers: I’m in the world of wagons. Cambridgeshire’s flat expanses exert their pull. I’m getting there but when I do, “there” moves somewhere else. Hunger leads not to satisfaction, just further want.
I didn’t touch down in Wolverhampton, I seemed to fly through in a daze. There’s hardly a mote of Midlands dust on the soles of my shoes. A man invisible to me said goodbye during the show, said he had to go. I could do nothing but bid him…—More Tales

—Posted by justin in Tales
32 Responses 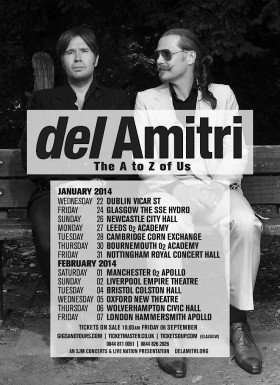 As the transfer window closes I find myself sitting in the manager’s office, gold Montblanc in hand, staring down at the contract. Good money, top fixture list, decent facilities. I’m told I’ll be up front, regular first team action. The strip’s a bit dodgy but what the hell, I can learn to love denim. I am already familiar with the wide men, Dollimore and Harvie, and have heard good things about the back line of Alston and Soan. Never a fumble from the London based keeper and many a clean sheet logged by the Glasgow-born centre-half.
I hesitate for a moment, weighing up my options. On the one hand I’m happy where I am – a great bunch of lad – but on the other the temptation of the big league is alluring; the passionate crowds and the chance of famous European nights. In the end I think, fuck it,…—More Rants/Slates

—Posted by justin in Rants/Slates
39 Responses