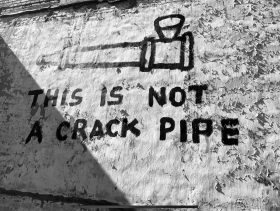 I roll out of my air-con coffin around 1 after a long sleep broken by the odd rattling noise coming from the bunk opposite. It wasn’t the fleshy sound of a snore but a metallic grating. It was coming from Buddy but how he was generating this racket is a mystery. Off the bus I meander away from the sea front through a snare of shopping streets to a square with a market selling tatty togs. There are a few pre-war French-style buildings but most of town is post-war, designed in that neat, unassuming low-rise way. It’s very relaxed and much cleaner than soiled Glasgow. Shoppers stroll and pensioners take luncheon as cyclists and scooter kids sail between us. I take repast in a standard corner café gobbling up a croque madame with a lascivious alacrity. My coffee is served with a shot glass of caramelised condensed milk and…—More Tales 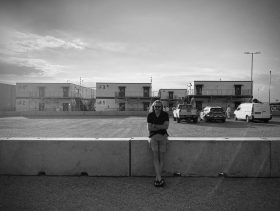 To Ostend (We must go on)

The tour bus is waiting for us in a bay right outside Terminal 5. It’s a double-decker with a trailer and decorated in the usual European style — half Blake’s 7 half super-yacht. Maybe not an oligarch’s but certainly a high level drug dealer’s. There is brown and grey leather seating, pink and blue LED lighting strips, and Smeg appliances. The bunk corridor doors are panelled with studded leather. The crew cram the gear into the trailer and off we set for Ashford to pick up the sound boys from Liverpool. I stretch out in the upstairs back lounge and watch the trees float past beyond the tinted windows. I’m in the rock bubble. Unreal, insulated and above all endlessly boring. But we must go on. Late summer clouds fly above like white continents. The bus creaks and gently rattles on its air suspension as we worm our way…—More Tales 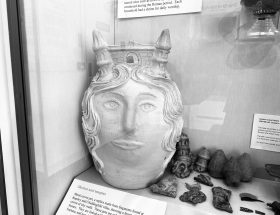 To Guilford and Weyfest

Andy, Jim and I sit gossiping in a taxi, keen to be back at work, preparing ourselves for the onslaught of mundanity that is the summer airport. Through security I park my bony arse in an airside corridor and daydream to the confluence of tinny soundtracks emanating from garish retailers. We’re travelling light to somewhere south for our show at the Weyfest Music Festival tomorrow night. The corridor is teeming with holidaymakers, honeymooners and hen parties in straggles of wheelie-case caravans. People meander out of Boots with bottled water and unguents and I consider killing some time at a magazine rack, having neglected to pack my book. The hallway is a high street of concealed despair. Flights all over the board are showing delays and I find the rest of the team in the grim bar at the far end of the terminal. It’s looking like a…—More Tales