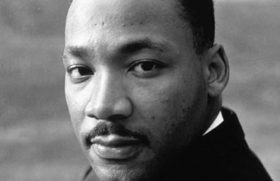 “I really don’t know if there is hope beyond the black hole; if there lies a future beyond the immediate future”

The black hole to which Franco Berardi refers is the state of late capitalism and perhaps specifically the financial crash of 2008, the most recent global catastrophe before the present SARS-CoV-2 moment. Now we live in the bubble of an immediate future whose parameters shrink nearer to a simple present by the hour. Perhaps for capitalism this state is its ultimate aim: do not consider the future at all, hopeful nor hopeless – just believe in the lie and live with it.

But we all know now that capitalism is no future. In a novel virus-ridden world seemingly without end the vast bulk of the structure of capitalism is of no purpose. As a universal organising principle it has failed disastrously. Investment in anything not real or of benefit to the planet is revealed as an obscene, genocidal farce. All that matters now is global public health, food supply and the implementation of systems capable of stopping (or mitigating) climate breakdown, the biggest black hole of all.

To have any impact on global health it’s perfectly clear there must be an international transfer of wealth from the rich to the poor, because when consumerism is necessarily dead and money becomes irrelevant for its own sake, all resources available need to be mobilised to defend humanity against its own destruction. The only jobs that matter will be in farming, science and education, health, and social provision. If this redistribution doesn’t begin now when it has been made so abundantly obvious by the pandemic then as a species we’re essentially doomed to scrabble around helplessly in an eternal present, too afraid to face the dark looking glass of the future for fear of what we know we’ll see. Food, clean energy (if such a thing exists), housing, education and health for all, planet-wide now. Let innovation flower not in the service of profit but for the construction of a living future that inspires, rather than terrifies. We cannot survive the black hole. We require a black hope.