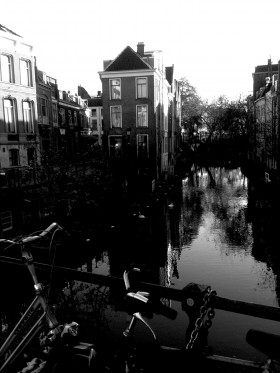 But maybe I judge too harshly. After all, is Britain not the country which produced Shakespeare, Austen, Darwin and those Rolling Stones? Chris Morris, Viz and Lindsay Anderson? Blah, blah, blah. And Cheryl Cole, Norman Tebbit  and Ian Paisley Junior.

The ship, even larger than the outbound one, ploughs a fine furrow through the cool, flat North Sea. A half moon illuminates an arrowhead of silver and the horizon is sporadically strung with glinting oil rigs. I take in the entertainment and it is what is to be expected. No more and perhaps a lot, lot less. I watch the solo guy drag out his show in the “Navigator’s Bar” in front of the available few witnesses and feel a mixture of pity and displeasure. He throws in jokes, hollowly, to an empty-headed crew on a lonely sea. I send out my usual holler: the one that says, I’m with you, brother. But I am too reticent and underwhelmed and besides, this is no place for a

musician to graft, unless they sold their souls on land long, long ago. Like me.

All events considered, except weddings (the bride’s always indecisive).