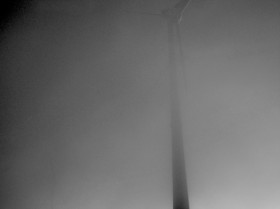 The capital is gained before sunset and I have forty minutes to march about foolishly before being re-inserted into the Galaxy. I can’t find a single café; it’s all yuppie eateries and high-end wine stores. I am forced to resort to a Starfucks, filled with its usual mass of beige and brown swaddled idiots pointing excitedly at the disgusting porridgy muffins. My filter coffee never arrives and I have to go. I do my haughty strut of disdain. The street is swarming with retail addicts and the sky is a sudden black. Somewhere on the hidden horizon tonight’s sliver of moon is rising in a sideways smirk.

I have always professed to like Germany. The cliché runs in rock circles that it’s all sausages and mullets. It lacks the glamorous associations that come with touring the US or the far east or Mediterranean countries. Most people I know would never think to come here unless necessary. But Berlin has the opposite reputation. It’s vibrant they say, cool, happening. Oh, Jesus. On my day off tomorrow I shall go looking for any vestiges of mullets and sausages.

Tonight’s crowd is receptive and dotted with a few who know the repertoire. A quick exit is made to the other side of town where an extreme dearth of options necessitates a visit to the hellhole of the Hard Rock. The server deposits himself on the seat beside me and applies the rehearsed bonhomie drilled into him by the management fuckwits that run these joints. I instantly hate the poor dupe. He treats me like a twelve year old girl. This twelve year old girl isn’t buying his forced overfamiliarity. I stare past him into the flat-screen behind the bar. A re-formed Crowded House are plodding desultorily through an old hit in front of a sun-drenched Hyde Park. The cold dead punters in the place nod their heads out of time and smile nostalgically into their overpriced drinks. Oh, sweet Jesus, maybe cool and happening might be a better option. I devour my very decent hamburger and continue to scowl. Macca crops up doing Hey Jude from the same concert. I suddenly realise I am in an old folks home and am the oldest resident. And I don’t like my lot. I want to throw shit at the carers and say vile things to them, I want to strip naked to reveal my ugly decay and piss on those autographed guitars in their glass display cases.

On a quick constitutional an authentic German Gaststatte is unearthed near the hotel. Opportunity missed. Coffee and delicious cake is taken. It is a vast place, with much wood and brass and tall circular tables, and for midnight tremendously civilised. In Glasgow such a venue would be teeming with pisshounds and pillheads by now, all shouting over one another and ordering drinks before the previous ones are drunk. Well, I would be. I scoop into my cake. I am letting the side down.