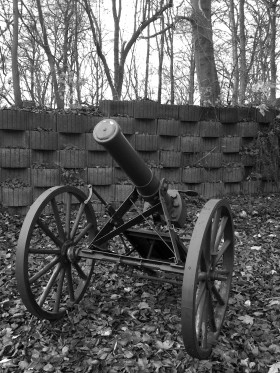 The route takes us through wooded rises and great open plains studded with industry. The Germans make things. They do it quietly and they do it well. They believe that industry is the bedrock of society and leisure its just reward. The carnage of Thatcherism never happened here and perhaps never could. It strains one’s soul to think what Britain might be given better management, brighter politicians and bolder investors. But we’re a turd in a puddle, laced with shat-out tinsel. We’re a picture of a puke-stained starlet, fly-posted to a defunct warhead, aimed at nowhere.

The vulgar skyline of Frankfurt suddenly serrates the horizon. The road takes a great curve towards its glass forest and delivers us into the giant wheel of the Radisson hotel. It is an absurdly over-designed place but so brazen and hilarious one can’t help being pleased for it. My bathroom has a perspex window so that I might be able to shower and enjoy the view of the autobahn from the thirteenth floor.

Last nights are often lame: it all limps to an inconclusive end. But some are grand. The final DA concert in Glasgow was a thing of wonder. All lights were extinguished and the Pistols were faithfully covered in tribute to that jaundiced jubilee year. I went to the after-show, took a pill and felt like crying. It was all over then.

I take the stage in Frankfurt to heartening cheers. God, let me live in these tunes forever, listening to the listeners. The P.A. pumps my voice into the back wall which throws it back to me. I feel like a king but remind myself to put one foot in front of another, carefully, with the understanding that you are always a second away from catastrophe. I attempt to ramp up the performance but lose my way and retreat to the simple delivery of notes and words in the right order and the right key. How Germanic, this absence of fripperies, this labour for its own sake. I finish too early, always paranoid not to run late. There is time for another song but I am too confused to grab the guitar as I am leaving the stage, to turn around and throw something in. There are new songs circling my world like vultures, looking for places to perch and I am drawn from the theatre to attend to them.