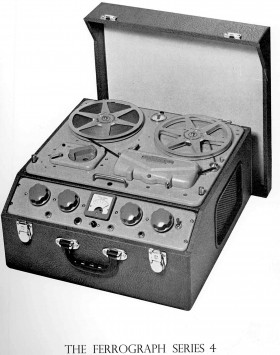 Iain Harvie from Del Amitri once commented that to the uninitiated it must appear as if nothing actually happens in a recording studio. Ninety percent of the time they are sepulchrally quiet places with no discernible activity going on. There’s a lot of waiting, a fair bit of listening and very little performing. Outside of the control room, studios are desolate environments; pianos sit unplayed, microphones hang like dead flowers on their stands and the walls resound with nothing but the hush of the air conditioning with the occasional muted thump of a drum part drifting from beyond the double glass. There is the odd flurry of industry – when the whole band is laying down initial tracks or a string or brass section shuffle into their positions. But there is far more music going on in the external environment: radios in cars, MP3s squawking away in every bar, shop and restaurant. The most fun thing to witness in the studio is the taping of a session orchestra. That gorgeous sound, the gossiping of the players between takes picked up by the mics, the conductor’s strained facial expressions and coaxing hands making motions in the air. The dullest thing is either drum programming or vocal double-tracking. We once spent two weeks programming drums on three songs, Stone Cold Sober, Opposite View and Kiss This Thing Goodbye. I wanted to shoot myself. By the time we came to mixing we’d overdubbed Stephen Irvine drumming on the first tune and didn’t even notice when the mix engineer, the wonderful Julian Mendelshon, completely ignored the programmed drums. Because the record company thought it was a hit there were at least three completely different versions of Stone Cold Sober and countless re-mixes. We must have spent thirty grand on that track for it to bomb as the second single and for the third, an acoustic track recorded in a few days to become the first big hit. Often a favoured song will be worked on mercilessly for countless days until everybody decides the demo is better all along. Everyone will tell you – it’s the ones you really believe will fly that bomb. And it’s the throwaway things you put on an album at the last minute that end up going nuts. But all this experience counts for nothing. Just like the movie industry – nobody knows anything. I’ve heard songs on the radio that I’ve been convinced will go to number one only for them to paddle in the lower reaches of the charts for a few weeks before being led away. You just never know. It can be the oddest little things about a record that grab the audience. You thrust what you consider your masterpiece in their face and they go off sniffing round the bins and come back with a B-side between their teeth, wagging their tail furiously. Nobody knows anything.

It’s the penultimate day and we seem to be on schedule, for what it’s worth. I could dick about with the vocals a lot more but I feel that would be redundant. The more time you spend on something the more you can end up chasing your tail. And that’s something most cats grow out of.

It has been odd working on tape again. It’s a different rhythm and a warmer medium. A good tape machine does something indefinably beautiful but I have never figured out if that’s because all the classic records made on tape recorders condition your ear to that sound or whether there really is something intrinsic to the process that is more appealing to the brain. I can usually tell when something has been done to tape. But do I like that sound because it reminds me of After The Goldrush or Fresh or the White Album or because it is more human? The software plug-ins that replicate tape compression sound pretty good to my ear but what is all that number crunching really doing to your music? Are there mice under the floorboards covering their ears and grimacing in agony at the ridiculous frequency modulations thrown out by such processing? Or is this about that dread quantity nostalgia? Will we ever be nostalgic for the tinny, nasty, thin sound produced by early digital recording? Will the Jack Whites of the future be playing Kramer guitars through Roland Jazz Choruses onto Mitsubishi X-850 one-inch digital tape machines? They quite possibly already are. It’s all bullshit anyway. If it’s good enough it doesn’t really matter what the medium or the format is. Who listens to music on anything other than 16 bit shit anyway? Hi-Fi Buffs? Jesus – have you met those people? Music haters, every one of them. Those people would go to see the Mona Lisa and get excited about the varnish.

I take some air as the sun sets. In the lot outside a musclebound pick-up truck sits hooked up to a trailer long enough to house a small ballistic missile. I’m nosy enough to want to know what’s in it but polite enough not to ask. I suspect it’s some kind of racing vehicle, a dragster perhaps. In the rehearsal room next door a band strikes up, the rumble of the drums and bass filtering through the fabric of the building. I sneak back into the silent studio where nothing seems to be happening at all.